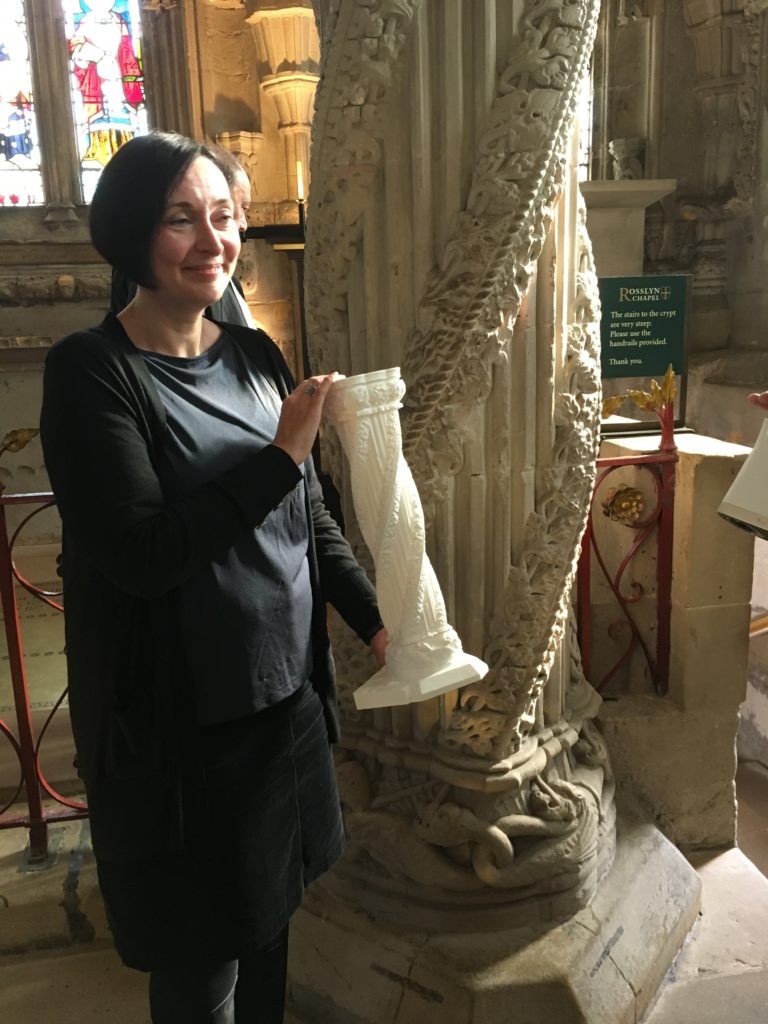 Three of the best known features in Rosslyn Chapel – The Apprentice Pillar, The Mason’s Pillar and a Green Man carving – were digitally scanned in the summer as part of an ongoing partnership between Rosslyn Chapel and Historic Environment Scotland.  A series of 3D prints, produced from these scans, has now been completed and will become part of a handling kit for visually impaired visitors to Rosslyn Chapel.

Ian Gardner, Director of Rosslyn Chapel Trust, said: ‘We are very keen to make the Chapel as accessible as possible and, thanks to Historic Environment Scotland, these very accurate 3D prints will help visually impaired visitors to appreciate the intricate carvings even more.’

Lyn Wilson, Digital Documentation Manager at Historic Environment Scotland, said: ‘We are delighted to have worked with Rosslyn Chapel Trust to digitally scan the Chapel’s ornate stonework. This project is a great example of how we can harness cutting-edge technology to increase accessibility and ensure the historic environment can be enjoyed by all.’

Rosslyn Chapel was founded in 1446 and is open to visitors all year round. The Mason’s Pillar, said to be the work of the master mason, and The Apprentice Pillar, which is said to be the work of his young apprentice, are both renowned features and the Green Man is one of over 100 foliate heads situated inside and outside the Chapel.