Some of the earliest accounts of visits to the Chapel are described in travel journals. These provide a unique insight into past visitor experiences as well as outlining the condition of the building at the time.

Thomas Kirk describes the story of the Apprentice Pillar in his Tours in Scotland, dated 12 August 1677  -

Two miles further, we saw Roslen Chapel, a very pretty design but was never finished, the choir only and a little vault. The roof is all stone with good imagery there: there is a better man at exact descriptions of the stories than he at Westminster Abbey. This story he told us, that the master builder went abroad to see good patterns but before his return, his apprentice had built one pillar which exceeded all that he could ever do, or had seen, therefore he slew him; and he showed us the head of the apprentice on the wall with a gash in his forehead and his master’s head opposite him.

The Chapel is included in John Slezer's work Theatrum Scotiae, which was first published in 1693. The description is provided by Robert Sibbald (1641-1722), who was a physician and geographer. He founded what became the Royal Botanic Gardens in Edinburgh, and also the Royal College of Physicians of Edinburgh. In1682 Sibbald was appointed Geographer Royal for Scotland. In this role he intended to produce a natural history of Scotland, but his 'Scottish Atlas' was never published. He used some of the material in other publications – including John Slezer's Theatrum Scotiae. He says of the Chapel –

Here lies buried George Earl of Caithness, who lived about the Beginning of the Reformation, Alexander Earl of Sutherland, great Grand-Child to King Robert de Bruce, Three Earls of Orkney, and Nine Barons of Roslin.

The last lay in a Vault, so dry that their Bodies have been found intire after Fourscore Years, and as fresh as when they were first buried. There goes a Tradition, that before the Death of any of the Family of Roslin, this Chapel appears all in Fire.

In A Tour in Scotland and Voyage to the Hebrides, dated 1772, Thomas Pennant describes some of the ornate stonework inside the Chapel -

The capitals of the pillars are enriched with foliage and variety of figures; and amidst a heavenly concert, appears a cherub in blowing the ancient highland bagpipe. In short, in all aspects is a profusion so exquisite as seem even to have affected with respect the barbarism of Knox’s manual reformers so as to induce them to spare this beautiful and venerable pile.

Elizabeth Diggle describes her experience of visiting in her Journal of a Tour from London to the Highlands of Scotland, in an entry dated 7 May 1788  -

We went yesterday to Roslin Chapel which is the most curiously decorated with wrought stone of anything I have ever seen and pretty entire, however it came to escape the ravages of time and the rage of reformation; the old woman who shows it has been in the office fifty years and is as great a curiosity as the chapel and she told us the history of every piece of sculpture, but in a tone and language not easily understood by us.

We ordered dinner on our return to the inn and went to view the inside of the Chapel of Roslin, which is kept locked up, and preserved from the injuries it might otherwise receive from idle boys; but as nothing is done to keep it together, it must in the end fall. The architecture within is exquisitely beautiful. The stone both of the roof and walls is sculptured with leaves and flowers, so delicately wrought that I could have admired them for hours.

Perhaps the most famous visit described in a journal was that made by Queen Victoria on 14th September 1842, while she was staying at Dalkeith Palace -

We got out at the Chapel, which is in an excellent state of preservation. It was built in the 15th Century & the architecture is most beautiful & rich. It is the burial place of the Rosslyn family who keep it in repair. 20 Barons of Rosslyn are buried there, in armour. An immense crowd had collected, when we came out of the Chapel. The Chappell of Rosslin from Theatrum Scotiae 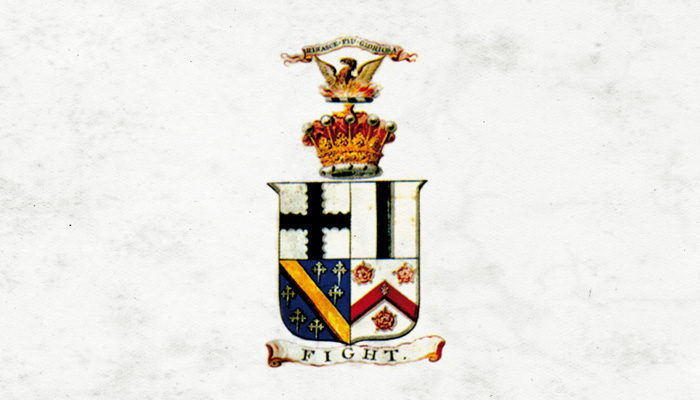 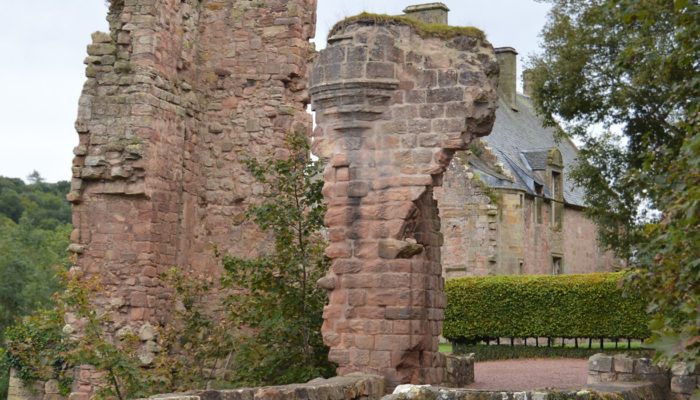