Symbols of nature are depicted all over the Chapel. The south aisle, in particular, has many lively carvings of native and exotic flowers and plants including aloe vera, ferns, curly kale and oak leaves.

The ceiling is divided into five compartments, each with a different motif: daisies, lilies, roses, simple flowers and stars. These different flowers show the Chapel’s theme of nature on a grand scale but they also carry other layers of meaning as lilies and roses are associated with the Virgin Mary, the fern signifies sincerity and the oak reflects honour.

Along the arch above one of the windows in the south aisle is a beautiful carving of what appears to be maize or Indian corn. Its presence raises many questions: not only is it an exotic plant but it originates from North America, a country traditionally thought to have been discovered by Columbus in 1492, almost 50 years after Rosslyn Chapel was built. Legend tells that Sir Henry St Clair, grandfather of the Chapel’s founder, may have travelled there long before Columbus – could these carvings of Indian corn be proof that Scottish knights reached North America first?

More things to see and do at Rosslyn Chapel.. Take in a Talk Go down to the Sacristy Look outside the Chapel Wander around the Chapel grounds 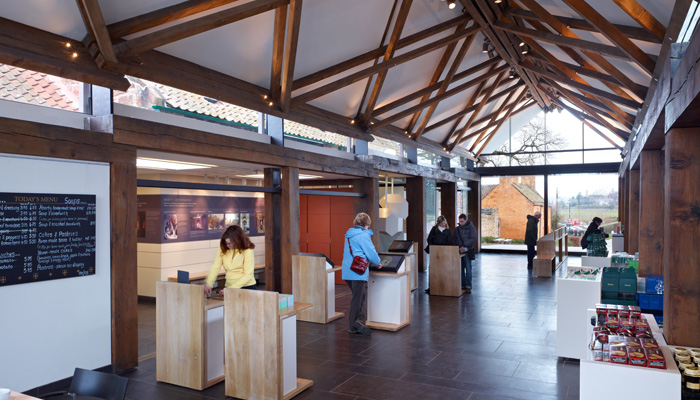 Stroll down to Rosslyn Castle