Rosslyn Chapel has enjoyed a rich, and sometimes turbulent, history. Founded in 1446 as a family chapel, the building was incomplete when the founder, Sir William St Clair, died in 1484. His son, Sir Oliver St Clair, roofed the choir with its stone vault but did not complete his father’s original design.

Following the Reformation, the Chapel fell into disrepair and, in 1650, Cromwell’s troops attacked Rosslyn Castle and stabled their horses inside the Chapel.

Following a period of Victorian repair and restoration, the Chapel was rededicated in 1862 and weekly services began again.

A report in 1954 highlighted the poor condition of the stonework and the thinking of the time was to cover the historic stonework with a cementitious slurry.

A further report, in 1995, confirmed that damage was occurring and that humidity in the Chapel was very high. This led to a major conservation project being undertaken by Rosslyn Chapel Trust to conserve the building for future generations to appreciate. 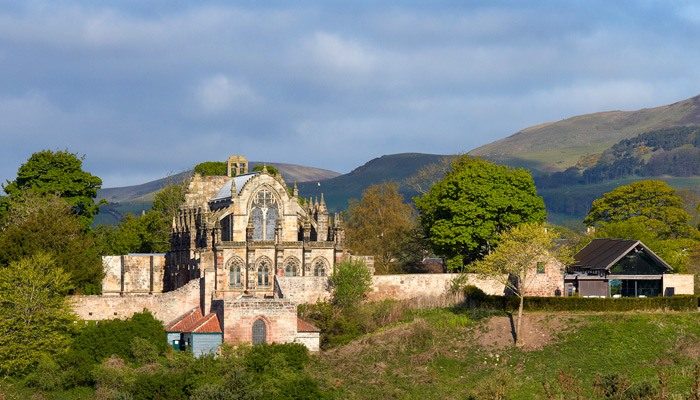