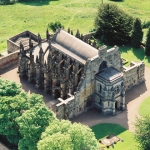 Dedicated in 1450 as the Collegiate Chapel of St Matthew, William St Clair founded the chapel for his family with a staff of a provost, six prebendaries and two choristers. Collegiate chapels like this were intended to pray for the soul of the founder and to spread intellectual and spiritual knowledge. Rosslyn’s extraordinary architecture and carvings have also inspired generations and meant its fame has endured over the centuries. He is buried in the Chapel and it is thought that building work was ceased at this time, leaving the Chapel in the form you see today. However, a much larger cruciform building may have been planned. The Chapel’s provost and prebendaries were forced to resign as a result and in 1592 Oliver St Clair was ordered to destroy the altars of Rosslyn, it is being described as a ‘house and monument of idolatrie’. After the altars were destroyed, the Chapel ceased to be used as a house of prayer and subsequently fell into disrepair. This confirmed the St Clairs as traditional Grand Masters of the Masons of Scotland. The Chapel was spared, although it was used for stabling the troop’s horses. In the same year, Sir William Sinclair of Rosslyn died at the Battle of Dunbar. He is believed to be the last knight buried in full armour in the vault below the Chapel, said to be the family custom. He also relaid the floor with flagstones and repaired the roof. These are the first known concerted efforts at preserving the Chapel since the altars were destroyed almost 150 years earlier. The wild landscape and overgrown ruin of the Chapel, and their romantic associations, meant Rosslyn became a muse for poets, writers and artists alike in the 18th and 19th Centuries. In 1805 Sir Walter Scott wrote the Lay of the Last Minstrel, a poem about the engaging myth that the building appears as if on fire the night that a Rosslyn baron passes away. William Wordsworth accompanied his sister on this trip and returned on a further two occasions, once sheltering from a storm there. Seeing the derelict stone interior and carvings covered in green foliage while storm crashed outside inspired the poet to write the sonnet ‘Composed at Roslin Chapel during a Storm’.

‘The Genealogie of the Sainte Clairs’ is published

Father Richard Augustine Hay’s mother married a member of the St Clairs and in 1700 he completed a three volume study of the family. Since 1835 the original documents and charters he studied have disappeared and so this account is the most detailed record of the St Clair family history we have to date.

On seeing its green and overgrown state she expressed the desire that it be ‘preserved for the country’. Rosslyn Chapel is rededicated by the Episcopal Bishop of Edinburgh

Restoration work carried out by the architect David Bryce on behalf of James Alexander, 3rd Earl of Rosslyn, made the Chapel useable again. Sunday services consequently began at the Chapel for the first time in over 200 years.

The sacristy roof was repaired and the interior carvings in the Chapel were cleaned and applied with a protective coating. The stained glass windows in the Baptistry were also added. Although in line with the thinking of the time, the protective coating, together with an asphalt covering applied to the roof in 1915, were measures which ultimately caused damage to the walls and carvings. The Rosslyn Chapel Trust is formed to care for the Chapel

A conservation report confirmed that the roof covering and coatings on the carvings had caused water to become trapped in the stone, allowing green algae to grown on the interior surfaces and damaging the stonework. In 1997 the Trust erected a canopy over the Chapel to protect the walls from the elements, and allow the stonework to dry out slowly and naturally. The Da Vinci Code by Dan Brown is published

Dan Brown’s novel The Da Vinci Code is published. Seen by some as controversial, the book’s main characters find themselves at Rosslyn Chapel and, as a result, the Chapel itself comes to worldwide attention. Since its publication, an estimated 80 million copies have been sold, making The Da Vinci Code, one of the best selling books of all time.  In 2006, a film based on the book was made, with scenes filmed at Rosslyn Chapel. Rosslyn Chapel is awarded £4.9 million in funding from the Heritage Lottery Fund and Historic Scotland

This grant, together with money from the Rosslyn Chapel Trust, allowed for major conservation work to the Chapel and the development of extensive new visitor facilities to get underway. In May, the Earl and Countess of Rosslyn welcomed Her Royal Highness The Duchess of Rothesay to the Chapel for a service commemorating the completion of the conservation project and the official opening of the new Visitor Centre. 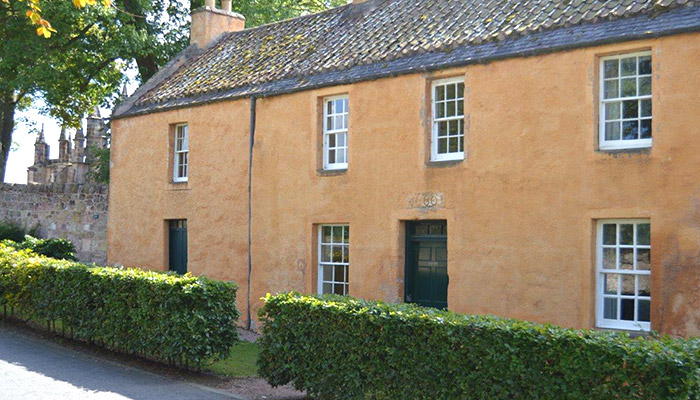 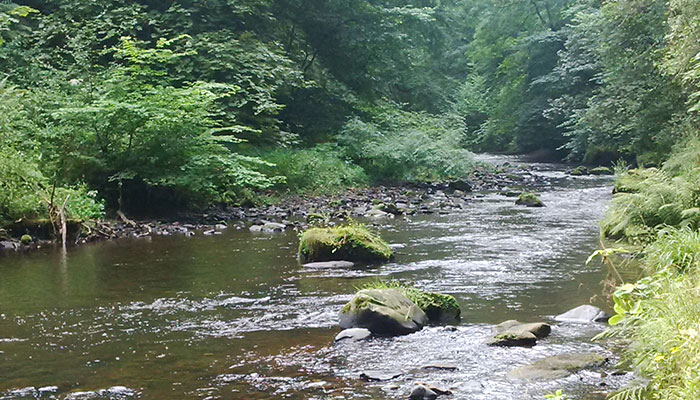