Stone and mortar repairs to the external walls, pinnacles and buttresses formed a major part of the Chapel’s conservation project. A significant aspect of the work was the application of new lime mortar pointing and lime mortar repairs to various parts of the building. In one of the first measures, a thick, hard and brittle layer of asphalt was carefully removed from the barrel roof. This then allowed further work to the interior barrel vaulted ceiling, including removal of loose mortar, repointing of open joints and reattaching stone fragments to window areas.

To support the work being undertaken on the stained glass windows, conservation work was conducted to areas such as the window tracery, mouldings, hoods and sills. Ordinary Portland Cement based mortar was removed from joints and repointed using lime mortar. A number of window areas suffering significant loss of material were identified as requiring new stone indents. These areas generally required more structural stability or were too substantial for mortar repair; in total, 17 small indents were fitted.

Over the years, Rosslyn Chapel had become affected by environmental pollution. On sandstone, the most common environmental pollution takes the form of black crusts building up on exposed areas of stone. These crusts can be disfiguring and obstruct the view of intricate stone detail and so a conservation laser was selected as the most appropriate method of removing these pollutants. The level of soiling to be removed was determined after much discussion and a number of trial areas and, in line with the overall conservation approach, soiling identified as requiring removal was restricted to ‘heavy’ or ‘medium’ soiling.

Items of stone defect, damage and decay, including cracks, scaling and the colonisation of biological growth were all treated ensuring the good condition of Rosslyn Chapel external masonry is pushed well into the future. 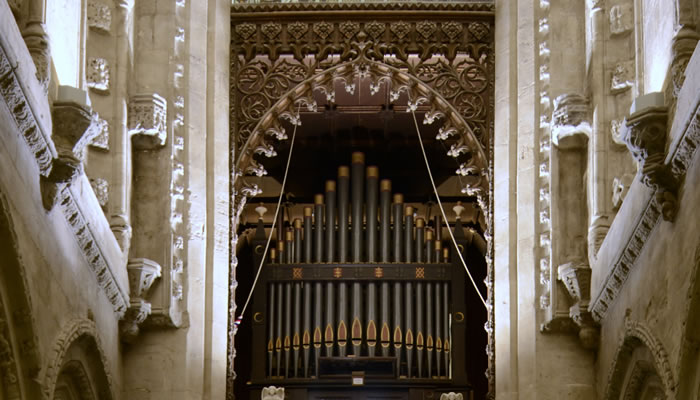 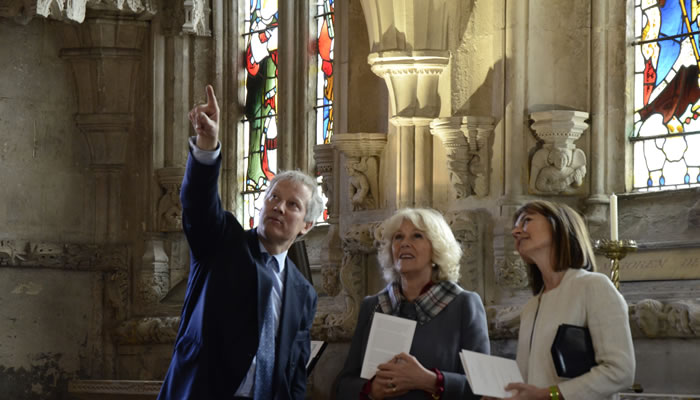 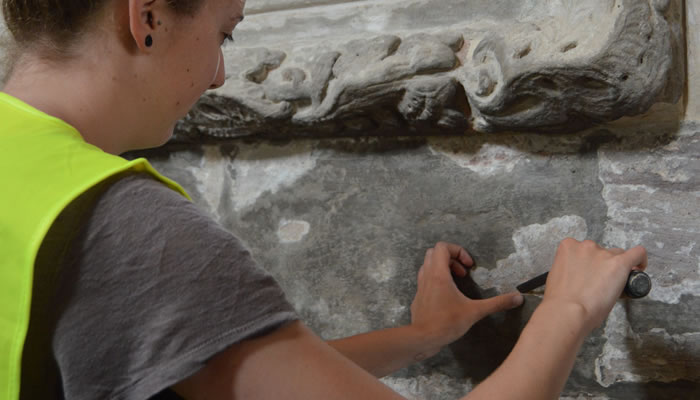